So what makes this carbon negative?


When charcoal is used for bio-char, carbon is removed from the air and locked into soil.
To make bio-char, we soak powdered charcoal in leachate from red wiggler worm bins.

Bio-char makes up 20% of
Sequim Terra Preta
75% is worm castings.

Do you have weeds from your garden, trimmings from vegetables in you kitchen, fruit that falls and is unused in your yard or orchard, old newspapers, egg shells, spent mushroom kits or other organic waste?

You can grow worms on what you normally throw away!
You can produce organic fertilizer when you control what goes into it.


Red Wiggler Composting Worms are for Sale on the Dietz Farm! 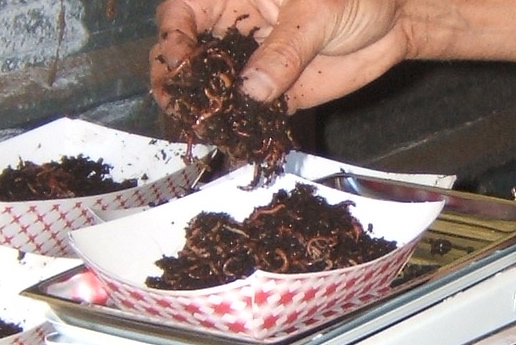 These red worms are used for kitchen composting.
They are Eisenia fetida (eye-SEN-ee-uh FE-ti-dah).
They are also called red worms, red wigglers or compost worms.
You may read or print the fact sheet: "kitchen composting with worm bins".
It is printer friendly and includes instructions to make an inexpensive worm bin.

We sell 500 Red Worms for $25 and 100 worms for $7.
As soon as they are divided into batches, each batch is provided enough bedding, grit and food to stay healthy.

The formula is revealed: We invite worm growers and gardeners to try this formula.  Let us know if it works for you.   If you improve on it, please tell us!

If you would like to purchase red worms, mushroom growing kits or mushrooms directly from us

This drawing of a happy red worm was contributed by our granddaughter, Emily.

Would you like worms as happy as the one in Emily's drawing?

Buy them a place to live.

Would you like to use worms to compost left overs from your kitchen (potato peels, Banana skins, Bread crumbs, apple cores)?
We have worms on the Dietz Farm that are looking for new homes.
If you would like to employ these hard-working hermaphrodites but have no place to put them,  we can solve your problem with red worm condos.